The basics of Canadian English 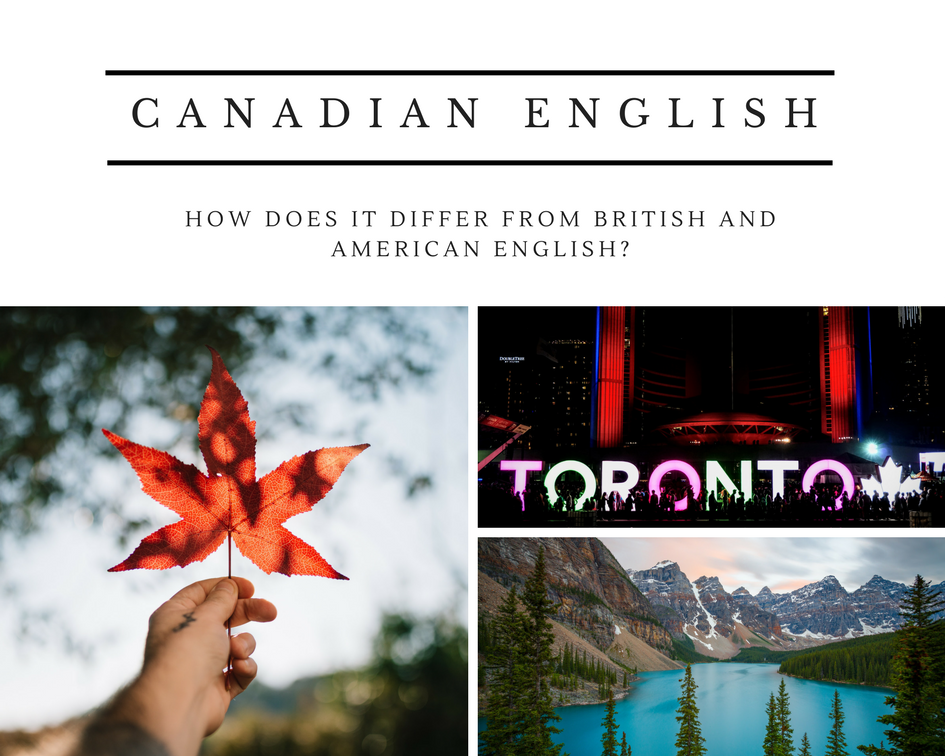 Earlier this month, we covered the differences between US and UK English. But that’s not the end of it — there’s a third major variant of English we offer here at TranslationPal, and it’s the one spoken in Canada. You might think that, due to geographical proximity, Canadian English is exactly the same as American English, but that’s not exactly the case. For one thing, Canada earned its independence from the United Kingdom a little more than 90 years ago, and continues to belong to the Commonwealth of Nations, which serves as a linguistic and cultural link to Great Britain.

So how does Canadian English differ from British and American English?

Spelling. Spelling is the major differentiator between Canadian and American English. When the UK and the US differ on how to spell a word, Canadians tend to favor (or should we say favour?) British spellings. For example, like the British, they prefer to use the -re spelling of words such as centre. They also lean toward the British when spelling words such as colour or travelled. However, they do use American spellings in some cases, especially words with an -ize ending such as customize.

Punctuation. Here Canadian English is most similar to American English: punctuation falls within quotation marks, and titles such as Mrs. take a period at the end.

Vocabulary. There are lots of commonalities between Canada and the United States here, but not everything is the same. For example, what we call Canadian bacon in the States is referred to as back bacon in Canada. Much like in the UK, Canadians write a test, which is then marked by their teacher; in the US, we take a test, and our teacher grades it.

On the other hand, what the British call football, the Americans and Canadians both call soccer; football is reserved for the game with quarterbacks and wide receivers, which is the second most-popular sport in Canada (after hockey, of course).

Other words are unique to Canada: a winter hat is called a toque or a tuque (spelling may vary), which comes from the French.

And of course, Canada has plenty of items and institutions that don’t exist in either the United Kingdom or the United States, like “mounties” (the Royal Canadian Mounted Police), poutine (French fries drenched in gravy), and sugar pie (pecan pie, hold the pecans).

Grammar. Canadian English has very few grammatical features that are unique to Canada. The only significant one we could find was the use of the expression “as well” at the beginning of a sentence (“As well, we got coffee before we came over”). In other variants of English, “as well” can only be used at the end of a sentence.

Idioms. When it comes to idiomatic expressions, Canadians and Americans tend to say the same things — with one exception. Canadians often end their questions with the word ‘eh?’, a feature so common that it’s the easiest way for Americans to discern that they’re speaking to a Canadian. To check out some idioms commonly used in Canada, take a look at Canspeak, a resource developed by the Canadian government for newcomers to the country.

Since Canada is a bilingual (English/French) nation, translation is an important part of everyday life. The government recognizes this, and has created some great open-source tools to facilitate communication between Canadian, like The Canadian Style, available through the Translation Bureau.